A question of sport 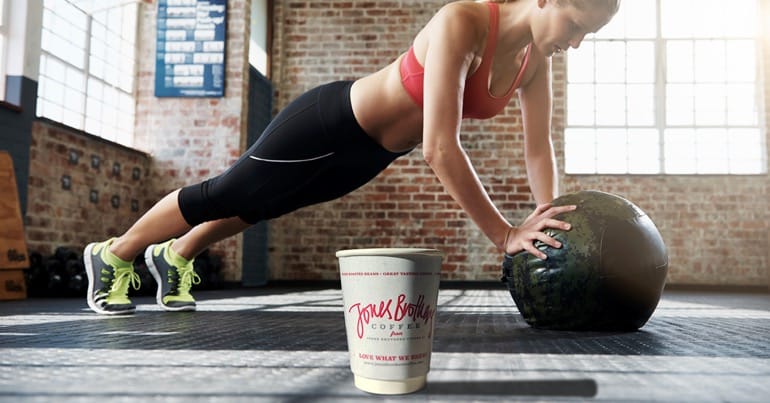 Can a cup of coffee motivate you to relish endless trips to the gym? That question is at the heart of a notable study of caffeine and exercise, one of several new experiments suggesting that, whatever your sport, caffeine may allow you to perform better and enjoy yourself more.

Scientists and many athletes have known for years, of course, that a cup of coffee before a workout jolts athletic performance, especially in endurance sports like distance running and cycling. Caffeine has been proven to increase the number of fatty acids circulating in the bloodstream, which enables people to run or pedal longer (since their muscles can absorb and burn that fat for fuel and save the body’s limited stores of carbohydrates until later in the workout). As a result, caffeine, which is legal under International Olympic Committee rules, is the most popular drug in sports. More than two-thirds of about 20,680 Olympic athletes studied for a recent report had caffeine in their urine, with use highest among triathletes, cyclists and rowers.

But whether and how caffeine affects other, less-aerobic activities, like weight training or playing a stop-and-go team sport like soccer or basketball, has been less clear.

So researchers at Coventry University in England recruited 13 fit young men and asked them to repeat a standard weight-training gym regimen on several occasions. An hour before one workout, the men consumed a sugar-free energy drink containing caffeine. An hour before another, they drank the same beverage, minus the caffeine. Then the men lifted, pressed and squatted, performing each exercise until they were exhausted.

Exhaustion arrived much later for those who’d had caffeine first. After swallowing the caffeinated beverage, the men completed significantly more repetitions of the exercises than after the placebo. They also reported feeling subjectively less tired during the entire bout and, in perhaps the most interesting finding, said that they were eager to repeat the whole workout again soon.

“Essentially, we found that with the caffeinated drink, the person felt more able to invest effort,” says Michael Duncan, a senior lecturer in sports science at the University of Exeter in England and lead author of the study. “They would put more work into the training session, and when the session was finished, in the presence of the caffeinated drink, they were more psychologically ready to go again.”

How caffeine influences the physiology and psychology of weight trainers isn’t fully understood as, in contrast to endurance sports, an increase in fats in the blood wouldn’t provide much benefit in this kind of exercise. Instead it is believed that caffeine antagonizes adenosine, a substance in our muscles that builds up during exercise and blunts the force of contractions. The more adenosine in a muscle, the less force it generates. Caffeine reduces adenosine levels, which enables more forceful muscular contractions and delays fatigue.

Caffeine also seems to have a striking effect on the central nervous system and on those parts of the brain involved in mood, alertness and fine motor coordination during exercise.

It’s not quite known whether people who swill cappuccinos all day get the same benefits from dosing themselves just before a workout as people who only occasionally drink caffeine, or whether the hour before a workout is the ideal moment to imbibe. But either way, the research to date all seems to indicate that a cheeky espresso is the ideal sports beverage so we suggest you pack a travel mug alongside your gym gear and fill it with a yum scrum Jones Brothers Coffee!

« What kind of coffee drinker are you? | Beans or beer? »