Iconic coffee moments from the movies 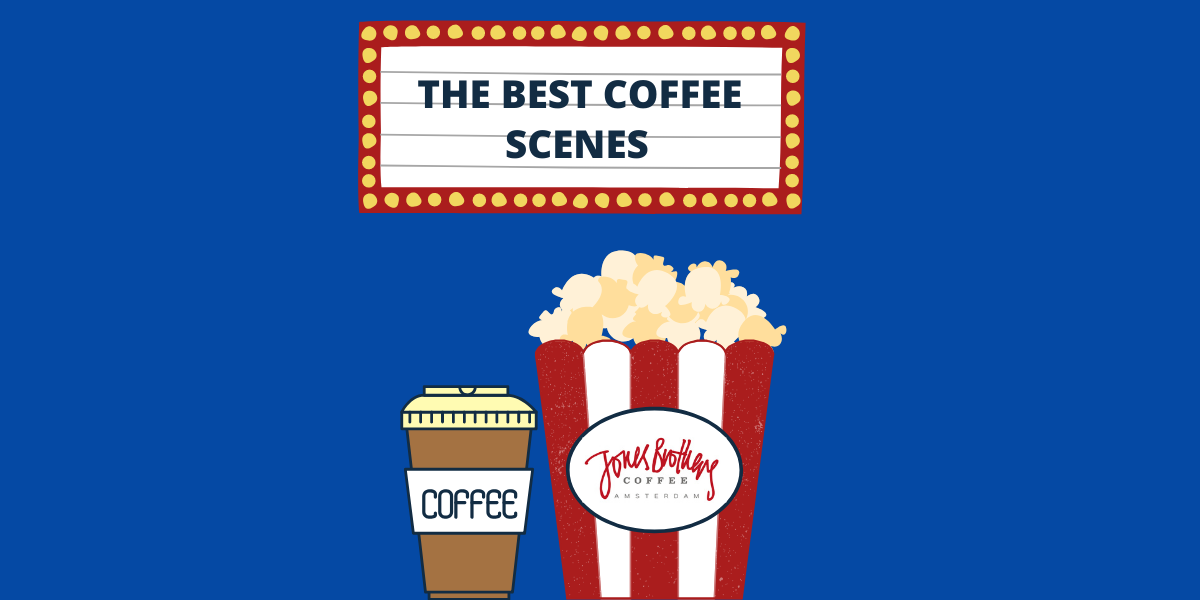 Who is not a movie fan? Most importantly who is not a coffee fan? As we know, coffee is not just a drink, right! It’s a lifestyle. For a lot of us coffee is our passionate obsession.
Coffee has also played its part in a lot of great (and not so great!) movies. Can you name them? Here is our collection of cool coffee moments from some iconic movies.

Aah! Legendary and brilliant movie from 1991, directed by Mick Jackson and written by and starring Steve Martin as the main character, ‘‘bored beyond belief’’ TV weatherman Harris K. Telemacher.
This famous movie manages to be a fantasy and romantic comedy. A beautifully crafted movie about love, life and how it is possible to find the right person in your life…eventually!
One of the most memorable scenes from the movie is the LA style of ordering coffee. Coffee is the central element in this scene. 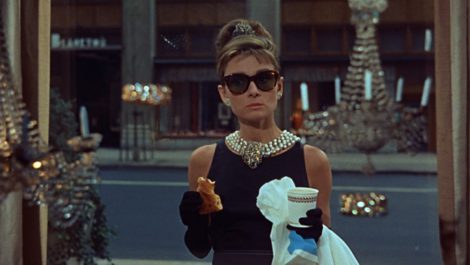 Beautifully produced and directed by Blake Edwards in1961 it is based slightly on Truman Capote’s novel. The movie is a blend of drama, romance, and comedy. Audrey Hepburn plays the role of Holly Golightly, a young innocent, unconventional, and socialite woman living in New York. Also known as one of the greatest characters in film history, she becomes interested in a young man in her building: “I’ve got to do something about the way I look. I mean a girl just can’t go to Sing Sing with a green face”.

The opening scene of the movie is when Holly steps out of the taxi at Tiffany’s tall brown building. In an elegant black dress, she gazes at the beautiful things showcased in the windows. In the meantime, she sips on her coffee from a takeaway cup. A classic shall never be forgotten. Coffee is symbolizing the main element of the morning. Notable isn’t it.

Coffee should be the main component of everyone’s morning, right?

A crime mystery, and thriller from 1995 directed by Bryan Singer. The film follows the interrogation of a con man who is the only survivor of a ship fire docked at the LA port. The heroic coffee scene is when the interrogator realizes who the mysterious mob boss is. The coffee cup falls from his hand and shatters on the floor. The cup is shown three times in a row hitting the floor, creating an atmosphere of a big mystery solved.

“Do we ever really work out who Keyser Soze is? “The greatest trick the devil ever pulled was convincing the world he did not exist”. Exactly! 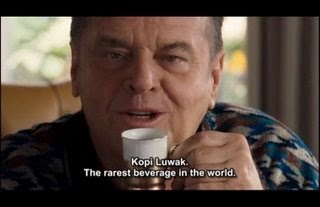 A fabulous film from 2007 directed by Rob Reiner. Two old men meet in the cancer ward of a hospital. They decide to go on an adventure. Checking off as many things as possible from their ‘bucket list’. Jack Nicholson plays Edward in the movie and he’s a coffee addict. Kopi Luwak is his favorite kind of coffee. Which we know is also very expensive and pretty rare.
When Carter’s (Morgan Freeman) condition worsens, he reveals to Edward that his beloved premium coffee beans are first eaten by a Sumatran wild tree cat, then digested and defecated by it, giving Kopi Luwak its unique flavor and aroma. The two burst into laugh in a bittersweet way. The coffee here is a means of saying goodbye.

“Kopi Luwak is the world’s most expensive coffee. Though for some, it falls under the category of “too good to be true.” We agree!

A young college graduate gets a job at the prestigious Runway magazines. Anne Hathaway playing the role of Andrea Sachs gets to be the assistant of Miranda Priestly played by Meryl Streep. An evil magazine editor, Meryl has a soft tone but a powerful and mean use of words.
She asks about her coffee
“is there some reason my coffee isn’t here yet? Did she die or something?”
Oh well! Not having coffee makes everyone grumpy. Meryl is not the only one!

In this marvelous Marvel adventure, the young and disruptive god, Thor is banished from the ethereal kingdom of Asgard and gets sent to Earth.
There is a scene where he eats a lot of food and yet still is hungry. Thor drinks coffee with his meal. He smashes the coffee mug on the ground because he likes it and wants another one in his GOD STYLE.

Like yeah, gimme more of that drink! He’s expressing a real coffee-joy moment here!
How do you express your post-coffee joy?

So there it is…our top 6 coffee scenes from the movies. If you have more or better ones then tell us, and we’ll post the best ones in our next update.